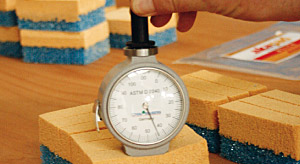 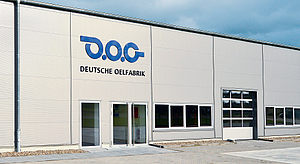 In 2013 the manufacture of dry cleaning products was relocated to DOG's second site, Marschacht, by the Elbe river and near Hamburg. This came in connection with strong investments in production equipment. Many things have been fundamentally modernized and brought up to the current state-of-the-art. Nevertheless, in terms of the basic processes, the production of the akachemie dry cleaning products have remained the same: a process involving numerous individual steps using natural, renewable resources.

DOG's further development of the renewable raw material factice, as well as the expanded production capabilities at the Marschacht location, lay the foundation for further dry cleaning products with new property profiles, some of which have been divided into Classic and Sensitive as of 2014. Furthermore, an assortment of dry cleaning blocks with various degrees of abrasiveness have been introduced and are listed under the product name akabloc.

The pioneering spirit of the aka team, along with the testing and laboratory capabilities and the potential for synergy within the company structure all combine to lead to brand new product ideas. For example, a matting and anti-slip additive was developed through several years of cooperation with the IFAM Fraunhofer Institut, which was then added to the product range under the name akaorganomatt. It is a polymer based on castor oil that enables greater color intensity compared to other inorganic matting agents, e.g. silica. The category Art Supplies was created to include the akaorganomatt and akaextra product lines.

Please enter your email address here as well as your postal code and city. Soon you will receive a list of retailers, as we do not conduct direct sales.